Forget What They Said; Congress Unlikely To Act On Sports Betting, Online Gambling

Steve Ruddock Posted on Oct 2, 2018 06:39 PDT @SteveRuddock
This article may be outdated. Get the latest news on Industry here.

Considering the witness list and the circus-like proceedings of Congress’ recent gambling hearings, the bar for last week’s sports betting discussion on Capitol Hill was pretty low. And it didn’t take long for two witnesses to throw the primary issue out the window and devolve the hearing into a rant against online gambling.

You can watch the entire hearing below, or peruse the live blog of the proceedings from Legal Sports Report. 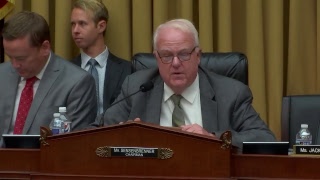 This is not the hearing you’re looking for

As one of the driving forces behind the UIGEA in 2006, Goodlatte attacked the online component of sports betting.

He called online gambling more dangerous than land-based gambling, claiming that the federal government hasn’t done enough to enforce UIGEA. His claim ignored the role of the Department of Justice in the 2011 online poker indictments that became known as Black Friday.

“That could be a key issue for Congress to consider — what role the federal government should have in this,” Goodlatte said. “The answer to that question underlies this entire issue.”

Online gambling and the UIGEA were themes repeated many times throughout the hearing. Members of the subcommittee and some witnesses worked to drive a crowbar between land-based and online gambling.

As the hearing wore on, Goodlatte, Bernal, and Bruning seemed to be rattling off the same talking points. Each called online gambling a ‘different animal’ or a ‘different beast.’

The three were also advocating for, or at least open to the idea of “restoring” the Wire Act.

That’s an argument Online Poker Report has tackled several times. The word “restore” is a misnomer. The proposed legislation amounts to nothing more than a new federal prohibition on online gambling — not unlike the failed PASPA legislation in 1992.

Is federal action on the horizon?

Chairman Sensenbrenner brought the 90-minute hearing to a close with a non-binding call to action:

“I think the one thing that all of you agree on, is that for Congress to do nothing is the worst possible alternative.

“So this means we have some work to do. And I’m looking forward to working with you to try to come up with something both short-term and something more permanent to deal with this issue. Because I’m afraid if we don’t, there are going to be some people that get hurt — and hurt very badly.”

Despite the fire and brimstone Sensenbrenner called down on Room 2141, the chances of meaningful federal action on sports betting and/or online gambling are slim to none. Not only is Congress doing nothing the best possible outcome, it’s also the most likely.

For evidence, look no further than the lack of progress on the Restoration of America’s Wire Act (RAWA) legislation of the last several years. Even with a deep-pocketed, high-profile benefactor, few lawmakers have been willing to attach their names to RAWA bills in either chamber of Congress.

When it comes to sports betting, even the anti-gambling Goodlatte said he was wrestling with the conflicting ideals of federal action and states’ rights. The latter ideology is one reason Congress has largely ignored the RAWA bills pushed by mega-donor Sheldon Adelson and his CSIG organization.

But the lobbyists are happy.