Can The PA Online Lottery Coexist With PA Online Casinos?

Steve Ruddock Posted on Jun 13, 2018 07:53 PDT @SteveRuddock
This article may be outdated. Get the latest news on Pennsylvania here.

Pennsylvania became the first state in the US to legalize both online lottery and online casino games, following the passage of a sweeping gaming reform package last year.

PA Online lottery products went live in May, and when online gambling launches (sometime in Q4 2018 or Q1 2019) the Keystone State will be the first state to offer both products side-by-side.

On the surface, that shouldn’t be an issue.

First, the theory that any new form of gaming will cannibalize existing forms of gambling has been thoroughly debunked. Instead of cannibalizing land-based casino revenue, New Jersey online casino offerings have buoyed it.

The same holds true for online draw tickets. When draw tickets are sold online, the game mechanics don’t change. Drawings are held at appointed times, with the only difference being that instead of holding a physical ticket, the player has a virtual ticket. (Online draw tickets and keno are not yet available in the state.)

On the other hand, the online lottery instant win games available in Pennsylvania, and online keno to some extent, are a different story. And now that we’ve seen a sample of the Pennsylvania Lottery’s online games, online casinos should be worried.

Slots by another name

Traditional instant win games require the player to physically scratch-off the ticket with a coin, or in some case pull tabs to reveal symbols/numbers and the potential prizes. It’s then left up to the player to determine if the ticket is a winner or a loser. Basically, it takes a little bit of time and effort to play these games.

That’s not the case online.

With the click of a mouse, the entire card is revealed instantaneously, and the game lets the player know if they’re a winner or a loser, usually with fun animation and sounds. If that sounds a lot like an online slot machine it’s because it is. 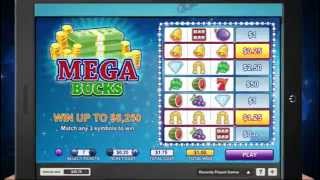 Since their debut in Minnesota in 2014, online instant win lottery games have been routinely referred to as slot machines by another name. In fact, it was the slot-like game mechanics that had people up in arms and caused the Minnesota legislature to prohibit the games a year after the state lottery approved them.

In addition to Pennsylvania and their brief stopover in Minnesota, online instant win games are available in two other states: Georgia and Michigan.

Online instant win lottery games have proven popular in both states, particularly as a temporary substitute for online casinos in MI. There’s no reason they won’t have a similar appeal in PA, where they’re the only online game in town at the moment.

With the Pennsylvania Lottery beating online gaming to the punch, online instant win games are going to have several months to build up a customer base before it has to go head-to-head with online casino operators.

With its May online lottery launch, this advantage could exceed six months.

Online slot tax rate will hurt in more ways than one

Typically, online slots would have a distinct advantage over online lottery games, as slots traditionally have a much higher return-to-player percentage than lottery games.

That advantage will be minimal in Pennsylvania. The legislature’s insistence that its online slot tax rate mirrors the state’s 54 percent land-based rate (on top of a hefty up-front licensing fee) is a major cause of consternation among prospective online casino operators.

As such, operators will likely offset these burdens by lowering RTP percentages. If the PA lottery copies Michigan’s high RTP (relative to lottery products) for its instant win games, customers may not even notice an RTP difference between online lottery instant win games and online slots.

Pennsylvania casinos might also try to save some money by cutting down on marketing costs and the rewards benefits they dish out to players.

Marketing cuts will make it more difficult for online casinos to compete with the online lottery for the group of customers up for grabs, and fewer rewards benefits will hurt customer loyalty.

Because of their similarities, online slots and online lottery instant win games are expected to compete for some of the same customers.

The lottery’s first-mover edge coupled with the hefty tax and licensing fees on online casinos could work in the lottery’s favor.

Steve Ruddock - Steve covers nearly every angle of online poker in his job as a full-time freelance poker writer. His primary focus for OPR is the developing legal and legislative picture for regulated US online poker and gambling.
Related ItemsOnline lottery
Contact / Advertising Disclosures
← Previous Story Why Is The WSOP Not Creating A Bigger Bump In Online Poker Cash-Game Traffic For Nevada, NJ?
Next Story → NJ Online Casinos Have Second-Best Month Ever, With $24.3 Million In Revenue