MGM has been a vocal proponent of both online poker and sports betting
Home / US Online Poker / New York / Is MGM’s Acquisition Of Empire City Casino Good News For NY Online Poker?

Steve Ruddock Posted on May 29, 2018 10:26 PDT @SteveRuddock
This article may be outdated. Get the latest news on New York here.

MGM Resorts announced on Tuesday that it was acquiring Empire City Casino at Yonkers Raceway for $850 million, and that is good news for New York online poker efforts.

MGM has had its eyes fixed on the New York casino market for quite some time, but when the state authorized the construction of several new casinos upstate in 2014, and not in the coveted New York City area, MGM decided it wasn’t going to bite.

But as the saying goes, there’s more than one way to skin a cat. With the acquisition of Empire City, MGM now owns a casino property that sits about 20 miles north of New York City.

In fact, the impetus for the acquisition could very well be sports betting and online gambling.

Empire City is an outlier for MGM

The racino is a definite moneymaker, but the property doesn’t exactly fit into MGM’s portfolio.

Empire City is the only racetrack owned by MGM, and the slots-only facility is in direct conflict with the company’s new “Welcome to the Show” marketing campaign that puts entertainment — not gambling — front and center.

MGM is a big supporter of New York online poker

The acquisition makes a bit more sense when you look at the larger gaming landscape in New York, where the state legislature is considering both sports betting and online poker bills.

MGM has been a longtime advocate of legal, online gaming.

Even though it lacked a physical presence in the state, in 2014 MGM launched a pro-online poker campaign called, Let NY Play.

Last year, the company launched an MGM-branded online casino and poker room in New Jersey — playMGM.com — and is well-positioned throughout the US should online poker and casino continue to spread, with properties in several key states, including Michigan, Nevada and Massachusetts. The possibilities for Michigan online poker seem particularly good, thanks to the presence of the MGM Grand in Detroit.

Will the presence of MGM put an end to the political games?

Yonkers also happens to abut the home district of Assemblyman Gary Pretlow, the chair of the Committee on Racing and Wagering.

With Empire City about a 10-minute drive from Mount Vernon, Pretlow is and has been a strong supporter of the casino. 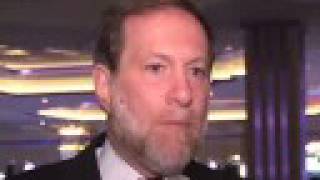 On the other hand, Pretlow’s support of online poker has been anything but resolute over the years.

That could change with the sale of Empire City to MGM, a company with quite a bit of political clout.

Unlike the current owners of Empire City, MGM will enter the market as a strong, vocal supporter of both sports betting and online poker, and may not take kindly to Pretlow’s waffling on the latter issue, nor his myriad of excuses for his inability to progress a bill that has easily passed the Senate on two different occasions.