Steve Ruddock Posted on Jan 30, 2018 08:45 PST @SteveRuddock
This article may be outdated. Get the latest news on Pennsylvania here.

Pennsylvania will become a test case of sorts after passing a comprehensive gaming bill in the fall: It will be the first state to offer legal online casino gambling alongside online lottery sales.

So far, it’s unclear if online lottery (in particular, online instant win tickets) and online slots can coexist. These two industries will go head-to-head for the first time in a US market.

Slots by another name

You wouldn’t think the two industries have a lot of overlap, but anyone who’s dabbled in online instant win lottery games will set you straight.

Online instant win tickets are very similar to online slots: so much so that the Minnesota legislature passed a bill prohibiting online lottery games soon after the state’s lottery authorized them. 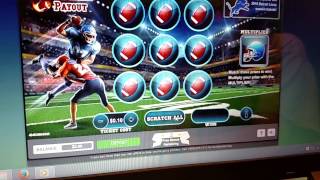 The instant win lottery games may not be as glitzy and compelling as high-end online slots, but they function in much the same way. They will no doubt attract similar players.

Is cannibalization real this time?

New Jersey has debunked the myth that online gambling is a direct competitor of land-based gaming. In fact, all evidence points to iGaming being beneficial to land-based casinos.

Similarly, in Michigan, evidence points to online lottery benefitting terrestrial lottery retailers. In both those cases, the new industry is run by the existing one. That sense of unity stems from all the profits flowing into the same place.

That won’t be the case with online lottery and online casino games in Pennsylvania. In the Keystone State, the state-run online lottery will be a direct competitor of the state’s commercial casinos.

How the absurd online slot tax rate comes into play

Had Pennsylvania not burdened casino operators with a 54 percent online slot tax rate, online slots vs. online instant win lottery tickets would have been a one-sided fight in favor of slots.

Not only is the content superior, but slots historically have a much higher return to player (RTP) than any lottery product.

Despite the differences, most slots have an RTP in the low 90s percentage-wise.

Here’s a look at slot RTP on a state-by-state basis:

Pennsylvania casinos have one of the worst RTPs in the country thanks to that extremely high 54 percent tax rate that is also applied to its land-based slots.

Pennsylvania’s RTP isn’t too out of whack compared to other states, but it is at the low end of the spectrum, with returns in the neighborhood of 88-90 percent.

Pennsylvania’s fiscal note indicates a 78 percent RTP, but that is almost certainly a combination of instant win games and draw games. The latter tends to have an RTP of around 50 percent.

When will we get some answers on PA slots and lottery?

Pennsylvania’s online lottery is expected to go live in the spring and online gambling sometime later in 2018.

With a tax rate of 54 percent, it will be difficult for online slots to offer much better returns than the 87 percent or so the state lottery’s online instant win games will offer.

Given the lottery’s first-mover advantage, it’s not out of the question that it could gobble up a lot of potential online slot players.