Steve Ruddock Posted on Jan 19, 2016 10:29 PST @SteveRuddock
This article may be outdated. Get the latest news on Pennsylvania here.

The recently announced retirements of two key assembly members in Pennsylvania is causing a heightened sense of urgency when it comes to passing online gambling bill in 2016. Assembly Gaming Oversight Committee Chairman John Payne, as well as the GO Committee’s Democratic Chairman Nick Kotik have both announced they will not seek reelection in 2016.

Payne’s announcement was made on January 8, when the seven-term representative of 106th District stated that even though, “I will miss many aspects of this job, I have decided it’s time to begin a new chapter in my life; one that includes more time spent with my family.”

Kotik, who represents the 45th District in Pennsylvania, announced his retirement just three days after Payne’s declaration. Kotik was elected to the state legislature the same year as Payne, in 2003.

“As I prepare for retirement from public service, I would be remiss if I didn’t first say ‘thank you’ to all the fine people of the 45th Legislative District,” Kotik said. “It is my hope that, even in the smallest form, I did my part to better shape the future of those I held the privilege to represent in the most humble of forms.”

The two retirements leave a vacuum in the leadership of what will likely be one of the state’s most important committees over the next several years.

Assemblyman John Payne, who chairs the all-important Gaming Oversight Committee, has been spearheading the state’s efforts to pass online gambling legislation. His retirement will leave a major void, both in terms of a leading voice as well as his GO Committee chairmanship.

With the GO Committee being the most likely starting point for online gaming legislation (although not the only route a bill could take), the chairmanship of this committee is extremely important.

Recent history demonstrates just how important a pro-online gaming chair is, as prior to Payne ascending to the GO Committee chair that job was held by Tina Pickett, who proved to be anything but friendly to online gaming expansion. When online gambling was first broached back in 2013, Pickett, who was skeptical of online gambling, placed what was effectively a two-year moratorium on iGaming, and the measure gained little traction.

When Payne took over in 2015, online gambling was one of the committee’s key issues, with dozens of hearings held last year.

If online gambling legislation doesn’t pass in 2016, and the next Gaming Oversight chair is closer in ideology to Pickett than Payne, it could be a while (Pennsylvania legislative sessions last two years) before online gambling gets another look in the state.

Kotik’s retirement is less impactful, as Payne was the face of and point man for online gaming in Pennsylvania, with Kotik in the minority party. Still, Kotik played a critical role in the process.

He was a cosponsor of Payne’s HB 649 online gambling bill (which has since morphed into an omnibus gaming reform bill with online gambling as a centerpiece), which helped create a powerful bipartisan foundation for online gambling in the Gaming Oversight Committee and the Assembly.

With politics aside, legislation may become focus

While there are some concerns about the future, these worries could be rendered moot if Pennsylvania passes an online gambling this year. The retirements of Payne and Kotick seem to make this more likely, as another way to look at the retirements is that both men will be able to focus on getting a reform bill passed in 2016 without the overarching political concerns that tend to accompany such initiatives.

If, for some reason, a gaming reform bill isn’t passed in the spring, Payne and Kotik would still be able to fight for these changes during the summer and fall, as a possible addition to the state budget or as a standalone measure. Had both men been running a reelection campaign, this would have been a heavier lift, particularly with Sheldon Adelson’s Coalition to Stop Internet Gambling having already started negative ads against Payne in 2015. 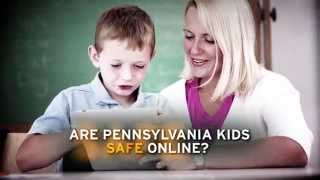 Both men also appear set on seeing some of their legislative efforts cross the finish line before they call it a day.

“There are still many initiatives I hope to see enacted, and I plan to stay active and continue to serve the citizens of the 106th District until my term ends on Nov. 30,” Payne relayed in his retirement announcement.

Kotik parroted Payne’s words in his own announcement, saying, “There is still much work to be done as we strive to continue to make our community the best it can be, and that is where my continued focus will be throughout the remainder of my term.”

Steve Ruddock - Steve covers nearly every angle of online poker in his job as a full-time freelance poker writer. His primary focus for OPR is the developing legal and legislative picture for regulated US online poker and gambling.
Related Items
Contact / Advertising Disclosures
← Previous Story Regulated Online Gambling Expansion In 2016? Your Guess Is As Good As Mine
Next Story → NJ Casino Revenue Falls Again In 2015; Individual Operators See Increase