Steve Ruddock Posted on Dec 14, 2015 09:41 PST @SteveRuddock
This article may be outdated. Get the latest news on US Online Poker here.

Rep. Walker didn’t cite the source of this statistical data, but it appears to come from research done in 2004 and 2005 by Christopher Woodruff and Susan Gregory titled Profile of Internet Gamblers: Betting on the Future, which appeared in Volume 9, Issue 1, of the UNLV Gaming Research & Review Journal. The numbers cited by Rep. Walker do not line up exactly, but they are quite similar.

Here is Representative Walker’s commentary during the hearing: 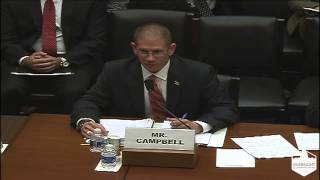 If this research paper is indeed his source, there are several problems with the way Rep. Walker is framing and using these statistics.

First, the research was conducted sometime before August 25, 2004 (the article’s submission date), which is now over 11 years ago, a veritable lifetime in Internet terms. Not only was online gambling wholly unregulated in the United States in 2004, but it was just beginning to gain popularity and was largely misunderstood. The study itself states, “The data on Internet gamblers is only emerging.”

Second, the sample size for the paper was only 200 people, and of those 200 people only 37 percent (73 people) had gambled online. This is far too small of a sample to draw any serious conclusions about Internet gambler profiles.

Third, the research was conducted in a single locale, at two specific casinos in Detroit, Michigan. This is hardly indicative of gambling habits nationwide, particularly when it comes to household income and demographics, which will vary by location.

Fourth, the researchers did not ask about typical spend when gambling online, a critical piece to the puzzle when trying to determine impacts on the poor.

If we put this data into its proper context, it paints a far different picture than Rep. Walker’s monologue would have us believe.

Are 54 percent of online gamblers minorities?

The claim that caught my attention was Rep. Walker’s assertion that 54 percent of all online gamblers are minorities. This seems patently absurd. What Rep. Walker is failing to mention is 51 percent of the people polled in the two Detroit casinos identified as black or Hispanic.

Rep. Walker also claimed that 14 percent of Internet gamblers make less than $25,000 annually. I should point out that the data from the research has this number at 18 percent. Still, in context this number is far less concerning.

First, let’s not overlook that a similar percentage (18 percent) of the people polled made under $25,000 annually and had never gambled online, but they were gambling in a brick and mortar casino. In fact, 50 percent of online gamblers in the study made over $50,000, compared to just 39 percent for those who had never gambled online.

Again, it’s not overly surprising that given the poverty rate and median income of Detroit in 2004 that these are the income demographics the researchers uncovered.

What conclusions did the researchers draw?

Here’s what the researchers themselves said about online gamblers:

“Based on this research, Internet-gamblers are most likely to be younger, more likely to try new things, more educated, single, willing to bank online, spend at least two hours a day on the Internet, but are, for the most part, no more time-pressured than the general public.”

Steve Ruddock - Steve covers nearly every angle of online poker in his job as a full-time freelance poker writer. His primary focus for OPR is the developing legal and legislative picture for regulated US online poker and gambling.
Related ItemsRAWA
Contact / Advertising Disclosures
← Previous Story Did We Just Witness The Death Of RAWA In A Congressional Hearing?
Next Story → Pennsylvania Rep. John Payne: Bill Legalizing Online Gambling Is Alive And Well