Steve Ruddock Posted on Apr 3, 2015 09:52 PDT @SteveRuddock
This article may be outdated. Get the latest news on US Online Poker here.

24 hours after it was created, an online petition opposing HR 707 – the Restoration of America’s Wire Act (RAWA) – has amassed nearly 2,000 signatures, including the likes of Doyle Brunson and Phil Hellmuth:

RAWA has been a contentious issue in both gaming and political circles since it was first introduced last March.

The bill is reported to have been written on behalf of and introduced at the behest of Sheldon Adelson, who has spearheaded the fight to ban regulated online gambling since vowing to “spend whatever it takes” to obliterate the activity in a 2013 interview with Forbes.

If the petition can collect 100,000 signatures in 30 days it would compel the White House to address Jason Chaffetz’s 2015 Restoration of America’s Wire Act bill that seeks to ban several forms of online gambling including online poker.

RAWA has brought together a diverse coalition of groups opposed to the bill, ranging from libertarian organizations to lottery lobbyists to consumer rights groups to gambling advocates.

The petition is smartly phrased as a states’ rights issue which should lead to a number of powerful anti-RAWA groups like FreedomWorks, Ron Paul’s Campaign for Liberty, and Grover Norquist’s Americans for Tax Reform urging their members and followers to sign the petition.

All of these groups, and many others, have come out publicly against RAWA and what it represents. 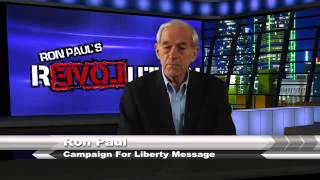 Add these groups to the Poker Players Alliance’s 1.2 million members, as well as the gaming community’s ability to mobilize through social media, and 100,000 signatures begins to feel like an achievable – albeit ambitious – goal.

The petition needs 3,333 signatures per day to reach the 100,000 threshold. I expect the measure to start off somewhat slow and then gain momentum as more and more groups urge their supporters to sign it.

A similar petition, focused solely on online poker, was created at WhiteHouse.gov back in 2011 (when the threshold for response was much lower) where it generated 9,849 signatures.

The petition received the following response from the administration (the response was signed by Deputy Director of the National Economic Council Brian Deese) in 2012:

Thank you for taking the time to participate in the “We the People” petition process. We launched this online tool as a way of hearing directly from you, and are pleased to see that it has been effective in soliciting your feedback. We understand your interest in the petition to support the legalization of online poker, and appreciate the opportunity to share President Obama’s concerns about this issue.

The Administration understands that many Americans engage in paid online poker games for entertainment purposes. Online gambling on sporting events or contests violates federal law. The legality of other forms of online gambling is dependent upon the law of the states where the bettor or gambling business is located. It is left to each state to determine whether it wishes to permit such activity between its residents and an online poker business authorized by that state to accept such wagers, but online gambling that is not authorized by state law may also violate federal statutes.

The rapid and anonymous nature of the internet distinguishes online games from onsite games, such as those in casinos, and creates distinct challenges. For example, there are many means of technologically circumventing restrictions on online gambling that can allow individuals from countries where gambling is illegal — or even minors — to play using real currency. Online games also have greater potential for fraud because gambling websites are much cheaper and easier to establish than on-site locations, and like telemarketing scams, can appear and disappear overnight. Finally, online gambling can be used in money laundering schemes because of the volume, speed, anonymity, and international reach made possible by internet transactions. The Administration will continue to examine this issue and is open to solutions that would help guard against the use of online gambling sites as tools for conducting illegal activities or preying on unsuspecting individuals to the extent that online gambling is permitted.

Thank you once again for signing the online petition. We appreciate hearing your opinions and look forward to hearing from you again soon.

President Obama hasn’t made it clear where he stands on gambling (particularly online gaming) issues, but a careful reading of the 2012 response shows the White House strongly leaning towards online gambling regulation being up to the individual states.

This is good news for anyone who fears RAWA may pass through both houses of Congress. Based on the 2012 response it doesn’t appear President Obama would agree with the bill, and he is certainly not beholden to Sheldon Adelson.

Steve Ruddock - Steve covers nearly every angle of online poker in his job as a full-time freelance poker writer. His primary focus for OPR is the developing legal and legislative picture for regulated US online poker and gambling.
Related ItemsRAWA
Contact / Advertising Disclosures
← Previous Story Regulated Online Poker: To Win The Debate, Rethink Your Tactics
Next Story → Jason Chaffetz Doesn’t Want To Restore The Wire Act – He Wants To Rewrite It