Steve Ruddock Posted on Nov 26, 2014 05:07 PST @SteveRuddock
This article may be outdated. Get the latest news on New Jersey here.

Online gambling in New Jersey is now a year old. And even though the market is about 1/10th the size of Chris Christie’s sales pitch (more conscientious analysts were much closer to the actual mark), and one of the most ballyhooed operators has already shuttered its virtual doors, New Jersey’s online gambling industry has also had its fair share of successes.

And they should be celebrated.

Some of you might think there is little to celebrate after online gambling’s relatively tepid start. But as Eric Idle would say… 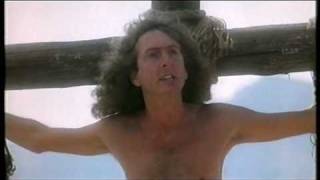 And this is precisely what this column will do.

Look up: The sky has not fallen

All year long it has been a fascinating exercise to watch people wave their cell phones around at legislative hearings and speak of the impending misfortunes about to befall society if we “put a casino in the pocket of every American.”

As we near the start of 2015, this shtick has run its course.

The argument always rang hollow, but even more so now that the impact of online gaming is no longer a hypothetical.

After a year in New Jersey and Delaware (and nearly two in Nevada) shouldn’t we have started to see these deleterious effects of putting a casino in every person’s pocket in New Jersey?

Despite what the phone-waving proselytizers have been warning us of, the sun still rises, people go to work, and kids go off to school. New Jersey’s streets are not littered with bankrupted online gamblers, and disreputable adults are not waiting outside schools to register accounts for underage gamblers.

The very fact that revenue numbers have been sluggish and that so many people are still unaware that online gambling exists speaks to its relatively light societal footprint.

For the overwhelming majority of people, life with or without online gambling is precisely the same.

From a financial standpoint online gambling has been slow going (although the Borgata has managed to turn a profit). But the regulators, operators, and third party companies involved in the industry have done a fantastic job of getting the little things right, which should set them up for long term success.

From a regulatory point of view, online gaming in New Jersey has been an overwhelming success. And that success was never guaranteed.

Here are three concrete examples that illustrate both the health and utility of NJ’s regulatory structure for online gambling.

There has not been a single documented case of underage gambling or a single case of someone beating the system and playing from outside of New Jersey in year one, per the New Jersey Division of Gaming Enforcement.

That’s certainly not for a lack of trying. And you can also rest assured that such breaches would not be easily swept under the rug – especially with the watchful eye of Sheldon Adelson’s CSIG trained on New Jersey.

In addition to deposits and withdrawals being processed in a timely manner, an online gaming site has shut down in New Jersey and in Nevada and its players have received their funds promptly. Nor were funds ever considered in jeopardy at any point.

This is something that likely shocked online poker players accustomed to the unregulated market – Full Tilt Poker, Absolute Poker, Ultimate Bet, Poker Spot, Lock Poker, Everleaf, and so on.

When Caesars Interactive goofed, sending promotional material to players on the self-exclusion list they were fined by the New Jersey DGE after self-reporting the incident.

Regulations such as these, and the oversight and ability of the DGE to enforce them, is what will prevent unfettered access by underage gamblers, keep our money safe, and keep problem gamblers from being targeted by unscrupulous sites.

Year one in NJ: Bottom line

It hasn’t been all sunshine and roses, but calling New Jersey’s online gambling industry a failure after year one is a total misnomer.

Considering the issues still holding New Jersey back are by and large solvable – payment processing, consumer awareness, lackluster software – Internet gambling in the Garden State has nowhere to go but up.